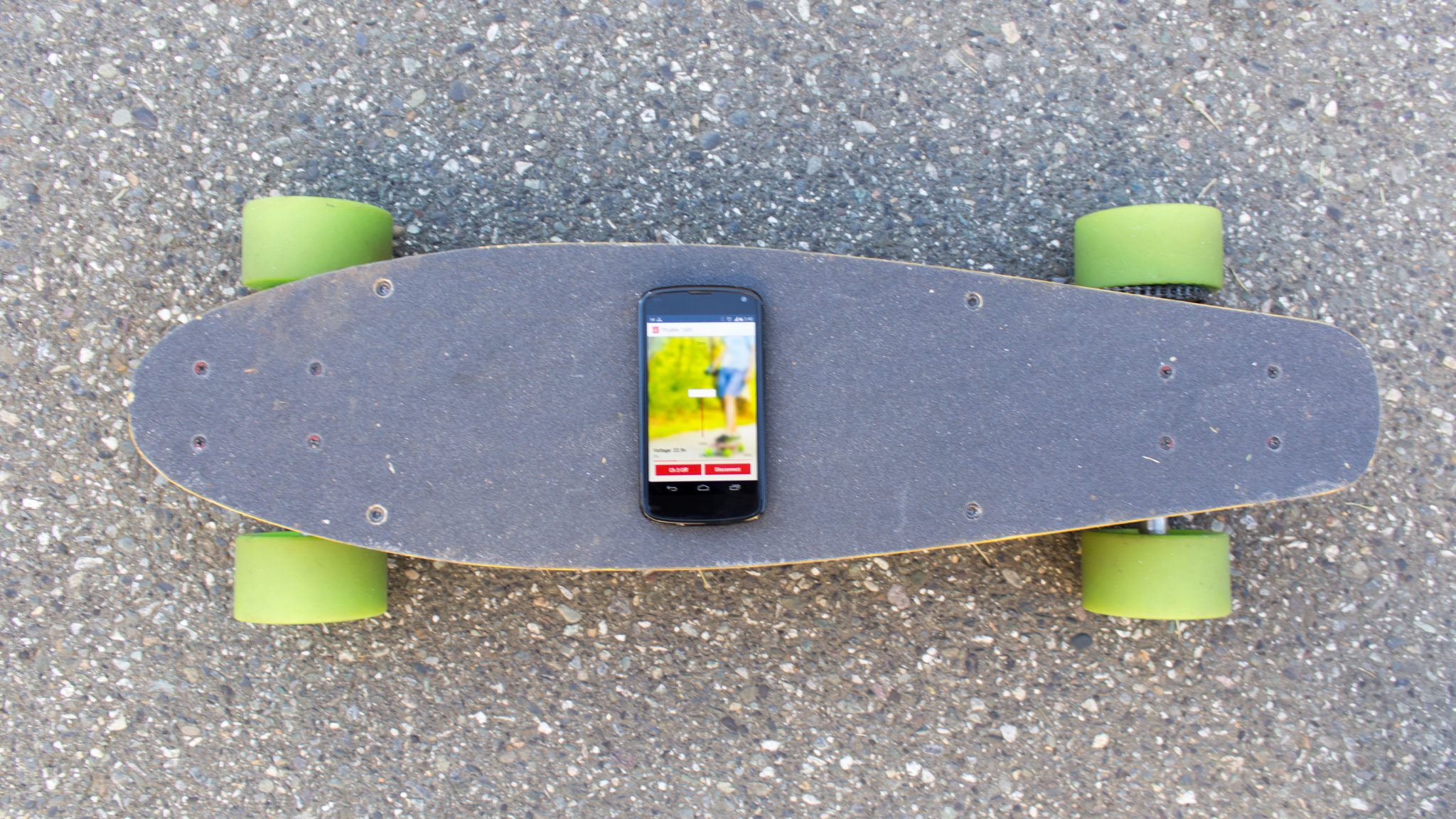 Electric Skateboard v3.0: The Banana Board

The deck I used was cut from 1/2″ scrap plywood using my dad’s homemade CNC machine. I started the design process in Photoshop, where I imported and refined a deck design. I then took the resulting image file over to Inventor, where I made a 3D model of the deck. Then I took the 3D model and brought it over to Mastercam X5, where I was able to generate the code needed to cut the deck.

Down in the garage, I loaded the .NC file into Mach3 Mill, drilled some pilot holes using a counter-sink bit, then cut the deck using a 1/4″ end bit. I repeated the process again, and ended up with two identical decks. I’m really happy with the deck style I chose; it’s the perfect balance between speed and control for an electric skateboard!

Here’s the G-Code I used to cut the deck: Deck.NC

The new circuit for the electric skateboard consists of 2x 3s 4Ah 20C Li-Po batteries hooked up in parallel in order to power a 3s ESC, rather than a 6s like on the old skateboard. This means that the top speed of the skateboard is limited to about 22km/h. However, the speed limit is a good thing. These brushless motors are more efficient at lower speeds, and even though I used less capacity batteries, I get slightly more than 10km per charge.

The receiver I used was once again the GT2B, but I’m planning on replacing it with one of my Bluetooth smartphone receivers to make it more of a commute vehicle, rather than a super fun toy (which it most certainly is!). The drive system/motor assembly was the same as the one in the electric skateboard v2.0.

This electric skateboard is a great improvement over the old versions. It’s light enough to carry, yet has enough power and endurance to really be used as a “last-mile” commute vehicle. This particular board is for my 9-year-old cousin (who’s feet are shown in the very first photograph of this post) but the board definitely has enough power to propel a growing teenager like myself, and my dad (but not at the same time!).

The next board is going to be a variation of this banana board, but it’s going to include a chain-drive, and the electronics from the previous electric skateboard. I’m going to be making very detailed videos on this project, and many of my other projects once I finish building my editing workstation PC, so be sure to subscribe to my YouTube channel if you haven’t already!