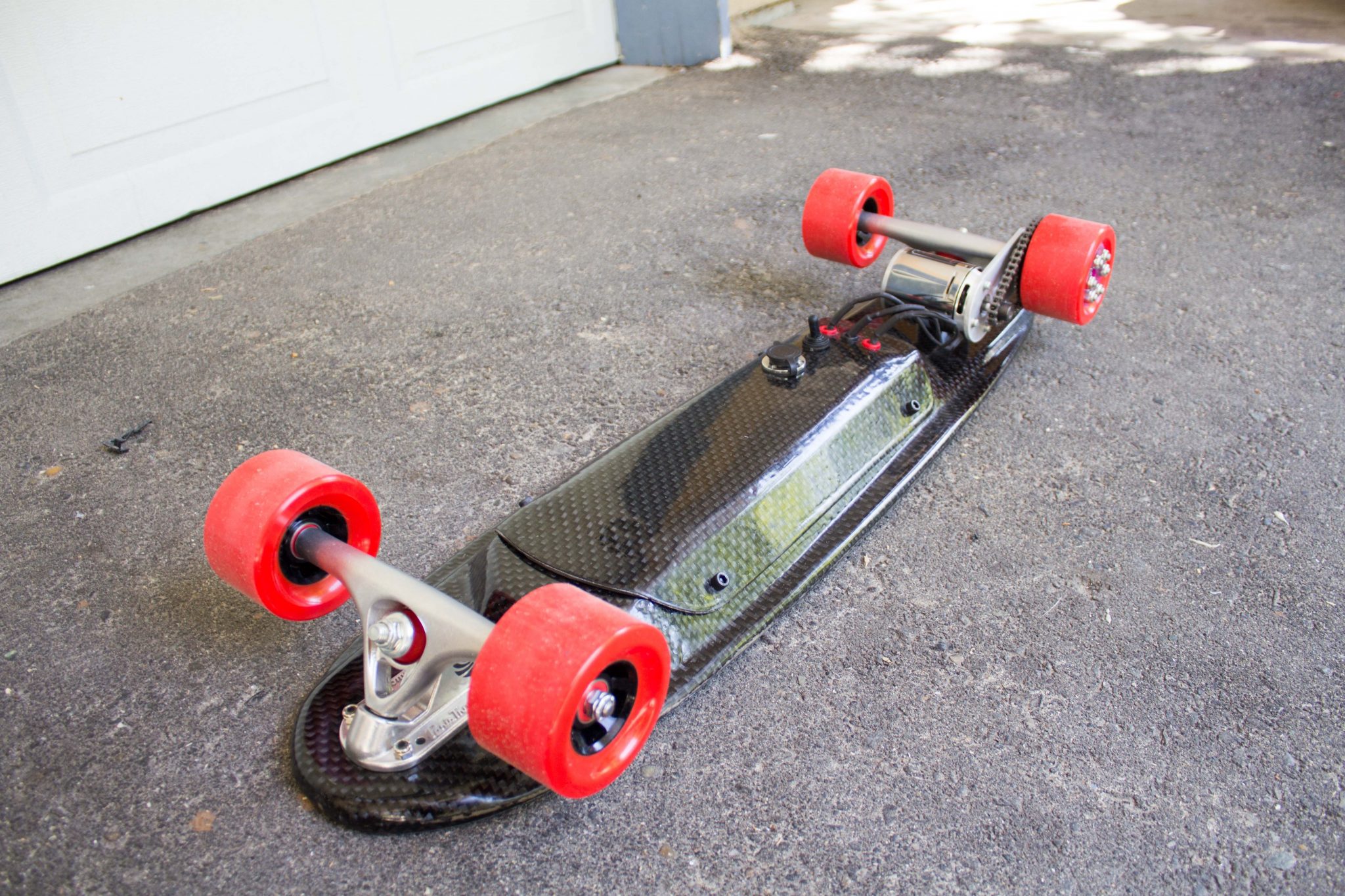 Following the end of the construction of the fifth prototype electric skateboard, I decided to enter my project into the Greater Vancouver Regional Science Fair. The experience was absolutely astonishing! Not only did I meet hard-working, dedicated students and their innovative projects, but I also met experts in the field of engineering, who offered creative criticism. And all of this couldn’t be possible without the committed judges and voulenteers, who took time out of their daily lives to set up and monitor this event. Way to go!

In order to make my project more scientific, I decided to run an experimental trial to see how the gear ratio effects the power consumption on the fourth prototype of the electric skateboard. I did this with several gear ratios and weights, and I used the results to improve the skateboard, by choosing the best gear ratio for my weight. I also determined the speed at which the skateboard has the maximum range, which turned out to be 19km at 9km/h. This is just an estimate; I still need to test that.

Check out my writeup on Instructables.com and my YouTube video on this electric skateboard!

I also decided to run an experimental trial on the maximum current and power consumption under different loads. Both of these trials were recorded with a custom-made, Bluetooth Logging Module that I designed, programmed and built. It uses a GPS to track location and velocity, a hall effect current sensor (for current), and the standard voltage divider/reference diode for voltage detection. More on the module in a further post.

Prototype version 5 is the best, most complex prototype I have built so far. I had to learn how to work with carbon-fiber for this board, as I wanted to reduce the weight of the board even further. The deck has a foam-core, and I used wooden supports around the trucks. There were a couple of differences with the gear drive as well; I 3D printed two PLA spacers so that they could more easily hold the gear in place. Additionally, I used a 25 tooth gear that I modified. It used the least amount of power out of all the gear ratios tested.

The electronics side was a bit different as well. The largest change was the addition of a lithium-ion BMS board. I found one on eBay for about $15 for the 6 cell configuration I was using. The major advantage: safe and fast balance charging. I can charge from dead to full in under 60 minutes! I also picked up an inexpensive 24v power supply, which I modified to become a constant current/constant voltage source through the “33R Mod”. More on that in a later post.

These were some of the major changes that I changed from the fourth prototype skateboard. Currently, I am working on alternative methods of controlling the board; everything from Wii-Nunchucks to Bluetooth Low Energy and Gamepad Controllers.

The development of this board, as well as the write-up and experiments that I did helped me win gold at the Greater Vancouver Regional Science Fair! I also recieved an award from the Canadian Institute of Energy, and I will be travelling to Montreal for the nationals in mid-May!